It's Sneak Peek Time!  Karen Burniston has 16 new dies which are available for pre-order right now and will be shipping on August 3rd.    One of the fun dies is a smaller version of Karen's very popular Surprise Ball Pop-Up.  The new one is called Bitty Ball Pop-Up.  And to add to the fun, there are two additional sets designed so that making animals is much easier.  The one I'm using today is Animal Add-Ons 1. 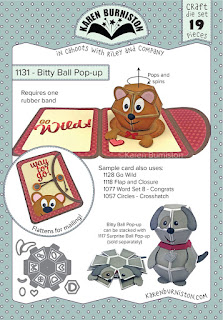 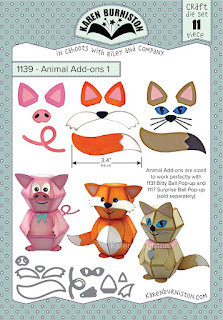 The idea behind the Bitty Ball Pop-Up is that it is smaller and can be used as the head of your animal -- more in proportion than using two Surprise Ball Pop-Up elements.

The front of my card is relatively simple -- just the birthday sentiment and one of the previous animal dies -- the Pig. 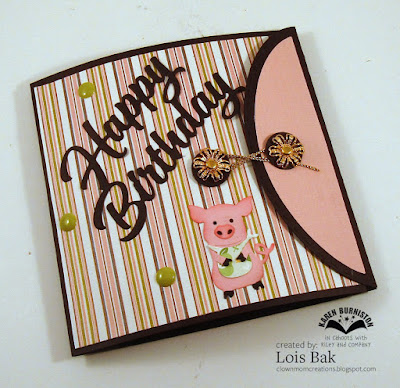 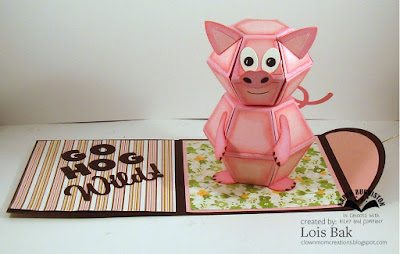 . . . up pops the 3-D pig!  How fun is that!!!  The Bitty Ball Pop-Up requires a smaller rubber band than the Surprise Ball Pop-Up, but I just tied an additional knot in the #16 rubber band that I use for the larger ball.   I combined a new sentiment die (Go Wild) with the Alphabet dies to create a fun birthday wish.
Posted by Lois at 12:01:00 AM