Anne winds up her month as hostess for the CCEE Stampers with a technique challenge.  She says, "Pocket cards are such fun.  Use any technique to make one."  My favorite pocket card technique is the Criss Cross Pocket Card.   I used some bold colors and Karen Burniston dies to make this cheery Get Well card. 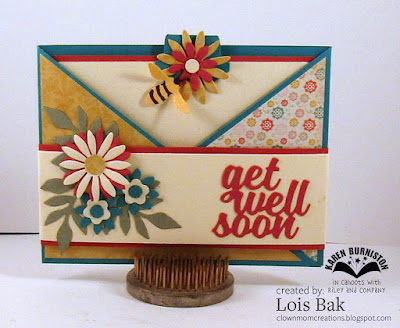 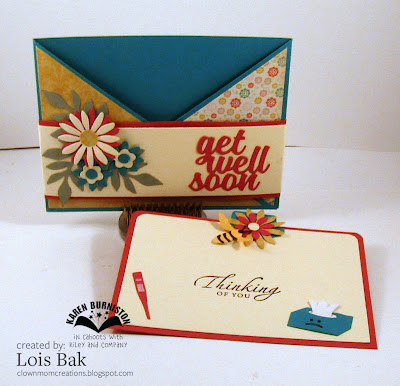 See what pocket card techniques the rest of the team used by popping over to the CCEE Stampers blog.
Posted by Lois at 12:01:00 AM 5 comments:

For her challenge this week, Anne asked the CCEE Stampers to make a card for a friend using a fun technique -- paper piecing.  She also instructed us to mail it!!!

I pulled out a cute stamp from Paper Nest Dolls and the Karen Burniston Rockin' Rectangle die to make this card for my sister, who is also a paper crafter.  It may be a little difficult to see, but this crafter's skirt is paper-pieced.  I had purchased those sentiment stamps at a stamp show many years ago and thought they would be perfect.  In case you can't read the inside sentiment, it says, "She who dies with the most stamps wins!"  We can all relate to that one. 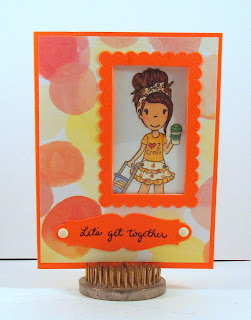 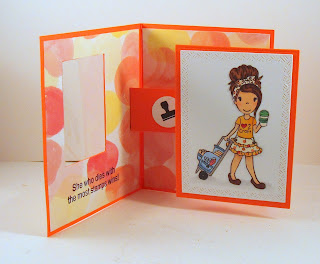 By the way, I have already mailed this card to my sister, who will be visiting me from Illinois next month.  We will be attending the Orlando Stamp & Scrapbook Expo while she's here.

Stop over at the CCEE Stampers blog for some more examples of paper-piecing.

Anne continues her month of CCEE Challenges, telling us that tomorrow is Valentine's Day (also her hubby's birthday)!  She asked us to make a masculine Valentine in non-traditional colors -- no RED (her favorite color) or pink.

I had just purchased a very masculine paper pad at Michaels and hunted up a piece that I thought would work for my card.   And, because of the size of the stamped image I used, I had to make this a 5 x 7 card. 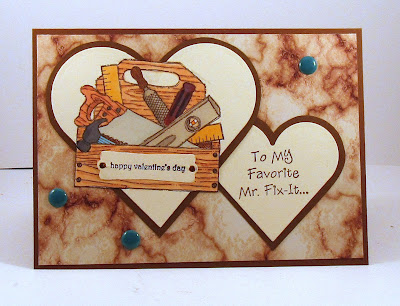 Check out some more masculine Valentine's over on the CCEE Stampers blog.
Posted by Lois at 12:01:00 AM 5 comments:

February brings a new hostess for the CCEE Stampers, and Anne started her month by saying that white embossing is beautiful on neutral colors.  She asked us to use white embossing on a card using kraft or any other shade of brown.

We always need birthday cards, so I pulled out a fun Honey Bee stamp set to make my card. 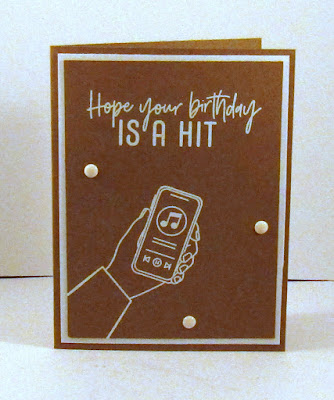 Be sure to check out the CCEE Stampers blog to see how the rest of the team handled Anne's challenge.
Posted by Lois at 12:01:00 AM 5 comments:

It's time for the Karen Burniston Designer Challenge once again.  And this month's theme is such fun - make a card using a doubling theme.   This could be a double Pivot Panel, a double Katherine, a double Surprise Ball, or any fun combination of two different pop-up dies.  As I am thoroughly hooked on the Surprise Ball Pop-Up and thought Karen's billboard card for last month's challenge was so creative, I wanted to try a double Surprise Ball Pop-Up Billboard.  I was trying to think of a theme when "Love and Marriage" popped into my head -- so a wedding card was my choice.

Because of the two billboards, I had to make a much larger card -- this one is 5 1/2" x 11".  The front is very clean and simple -- leaving the drama for the inside.  The silvery paper on the front is from a 12" x 12" pad of silver foil cardstock I found at Michaels.  I used one of the dies from the Tropical Landscape set for my scallops.

I used two pair of 1/4" magnets to hold down the flap at the bottom. 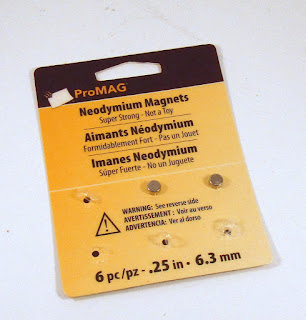 I had some wedding paper left from a project I did many years ago and used it for the background of the inside of my card. (That shows that hoarding paper sometimes is a good idea.  My son and his wife have been married for 11 years!)  Karen's Valentine card last month had hearts going around the edge of her billboard, and I "borrowed" that idea for my wedding card, substituting glittery silver paper for some of the hearts.  The "Love & Marriage" sentiment was made using the Karen Burniston Alphabet dies. 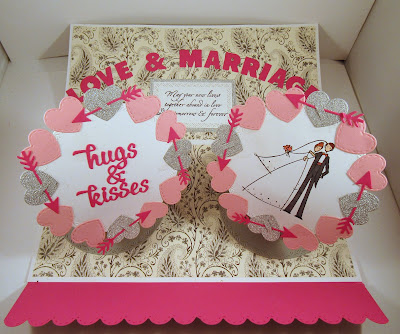 Going in a totally different direction, I made a second card for the "DOUBLE" challenge.  My grandson loves the Minions, so I thought I'd try to make one. 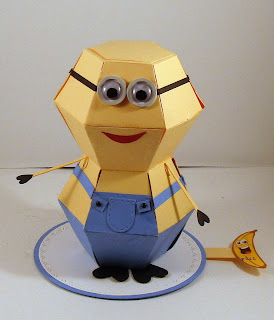 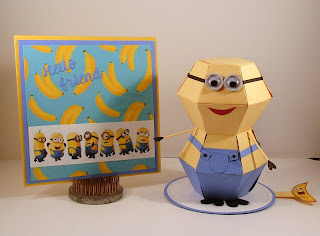 Karen Burniston Pop-Up dies are so much fun, and doubling them up just makes it that much more fun!  Check out the rest of the DT double-up cards for some more creative ideas.
Posted by Lois at 12:01:00 AM 1 comment:

After our hiatus for January, the Scor-Pal challenge is up and running again.  The theme for February is "Anything Goes," so let your imagination run wild.  As Valentine's Day is right around the corner, I decided to make a treat box and matching card.  Who doesn't like some Hershey's Nuggets!!! 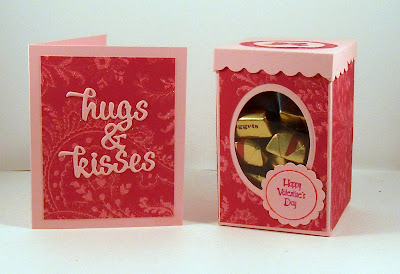 If you'd like to play along with us, put your thinking cap on and creation almost anything that requires "more than one score."  You could win a $25 gift certificate to the Scor-Pal store.  Be sure to upload your creation to the Scor-Pal blog.
Posted by Lois at 12:01:00 AM 1 comment: 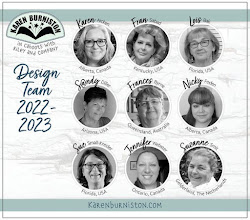