Once a month a member of the Scor-Pal design team looks for inspiration on our Pinterest board and recreates the project to make it her own.  My inspiration this month is a Z Box Fold Card created by Lyndsey on The Craft Blog.  This is her card. 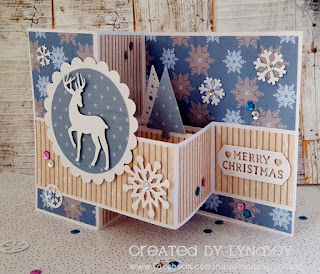 To make my card I used a brand-new stamp set  from Kindred Stamps called Students of Magic.  Kindred Stamps has a large selection of pop culture stamps, including a single stamp called Owl Post, which is perfect for decorating the accompanying envelope.

This is my finished card: 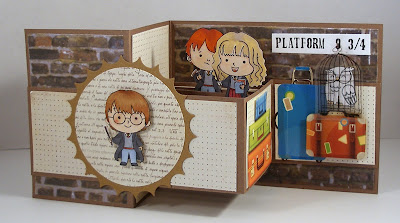 I started my card by stamping and coloring the three young wizards in the stamp set.  After they were colored, I cut them out. 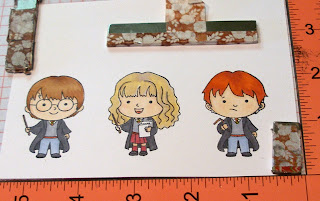 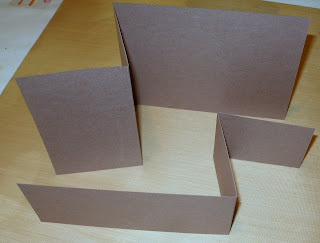 I then applied patterned paper (cut 1/4" smaller on both sides) to the various sections of each panel. 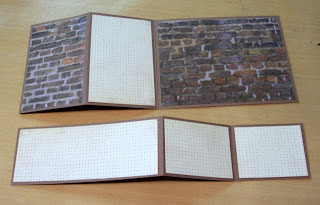 On the reverse side of the smaller panel I applied Scor-Tape at each end, as shown in the photo. 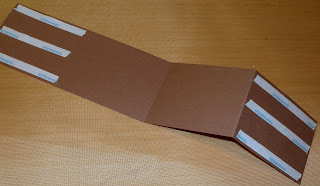 I then adhered this smaller panel to the larger panel, slightly above the bottom edge. 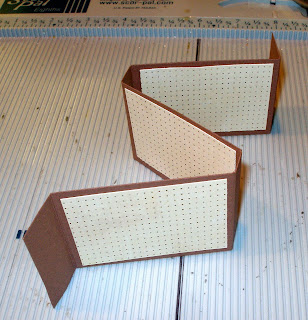 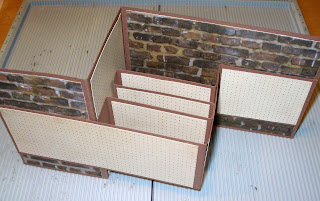 I then cut an inverted scalloped circle from the same brown cardstock and added Scor-Tape strategically in order to adhere it to the front of the card. 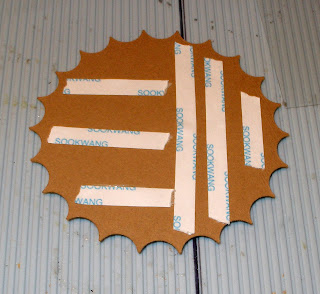 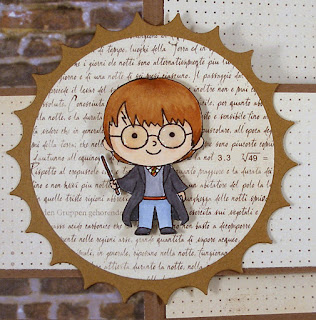 I cut two small strips of acetate, attached them to the other two wizards, and placed them "in the box."   Using stamps from a Just Rite set, I made the train platform sign and attached it to the back wall. 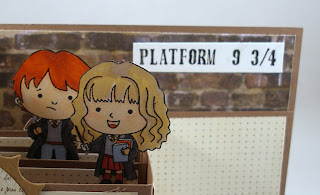 The original card had a sentiment on the small panel on the right, but I wanted to add something more appropriate to the scene.  So I Googled some free clip art and found some luggage and a bird cage.  The luggage I printed onto cream cardstock, and the birdcage I printed on a piece of acetate.  I cut them out with scissors. 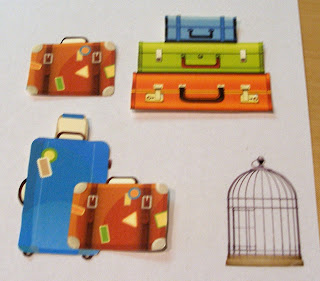 Notice that I cut out two of the small brown suitcases.  When I adhered them to my card, I added the second brown suitcase with foam dots to make a little 3-D effect.  I stamped the owl from the stamp set, cut him out, and adhered him to the card above the suitcase.  When I adhered the acetate birdcage over the owl so it looks like he's inside the cage, it was a little difficult to see the cage.  So using a Faber Castell XS black pen, I went over the cage lines.  This made the cage a bit more noticeable. 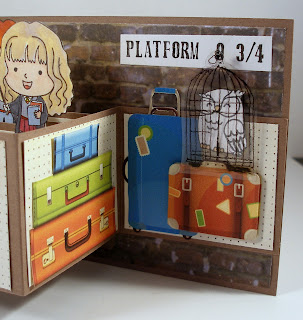 I then stamped the "Owl Post" image to the lower left-hand corner of my envelope. 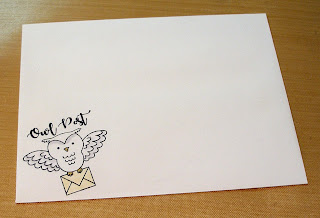 And now my project was complete. 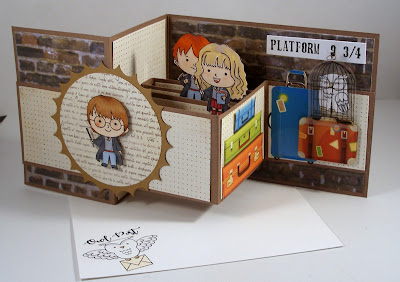 Note that the card folds flat to fit inside a standard envelope. 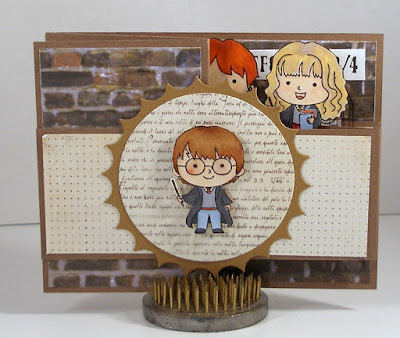 You did an awesome job. . Love love love all the school work it reminded me of growing up.