Two of my grandchildren, brother and sister, are celebrating their birthdays later this month – one day apart. They live in Alabama, and I live in Florida; so I don’t get to see them very often. This is a picture of them at the beach last year. 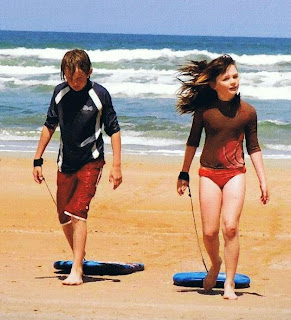 I wanted to make birthday cards for them that were a little different, so I opted for “clothing.” Calvin’s card was made with a TooMuchFun stamp of a sweatshirt. Their father (my son) graduated from Florida State University, so I chose FSU colors (garnet and gold) for the card. 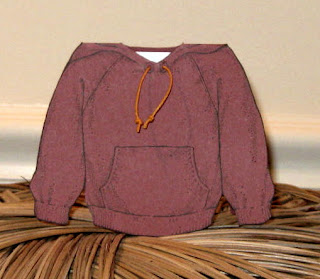 I printed the Seminole’s logo onto a label, cut it out, and attached it to the back of the card. Go ‘Noles! 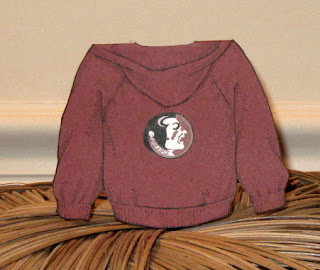 A month or so ago during the Featured Stamper challenge on SCS, several people (me included) chose to CASE a card that looked like a little dress. The pattern was downloaded from Paper Craft Magazine on-line. So for Wyatt’s card I decided to make another dress card using the same pattern. I cut the dress from a piece of cardstock from DCWV’s Pocketful of Posies’ pack; and the apron is vellum run through the Cuttlebug with the Swiss Dots folder. The little tag was stamped with one of the many sentiments in So Many Sayings and punched out with SU’s Word Window Punch. 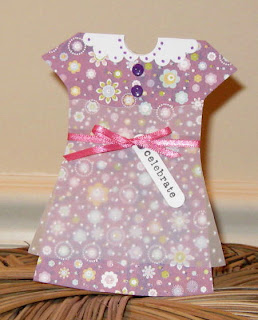 I won't get to see Calvin and Wyatt on their birthdays, but they'll know I love them and am thinking of them.
Posted by Lois at 5:03:00 AM

Labels: Birthday, Cuttlebug, Too Much Fun

These are both so wonderful, Lois! Very fun!! Great picture too!

Wow, both are so wonderfully different and fantastic cards. Love them. I've never seen anything like the boys one before, it's a gem.

oh Lois...these are so special and personalized just for them...HOW COOL!!!!