I saw a double Surprise Ball Pop-Up card made by fellow Karen Burniston DT member Karen Aiken earlier in the month, and the first thing I thought of was TOTEM POLE.   I was curious as to whether I could make a totem pole using this die set.  Turns out I could.  I've had this feather patterned paper for a while and decided to use it on my card.  There's just a little hint of the paper on the front. 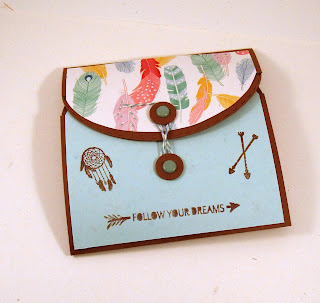 But, when you open the card, there's lots more of it. 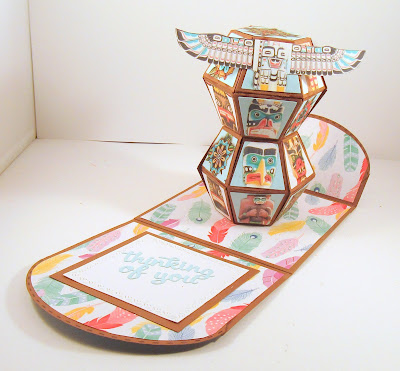 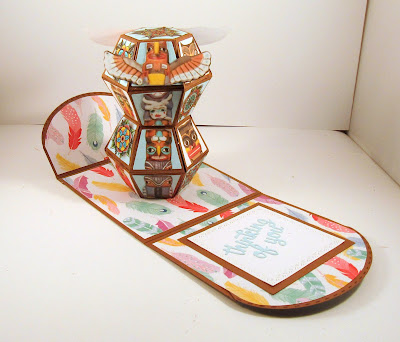 Here's a close-up of the totem pole. 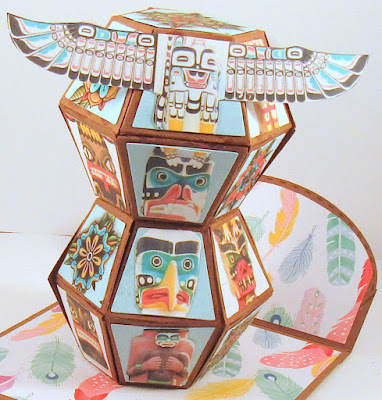 My card today was made to celebrate the Iroquois Midwinter Ceremony, which takes place five days after the first full moon in January -- which is today.  If you would like to read about this annual ceremony, you can get lots of information here.  But, as it turns out, the Iroquois, who were native to New York State, did not have totem poles -- just the tribes in the Northwest Pacific area.  So we all learned something new today!
Posted by Lois at 12:01:00 AM