It's time again for the Karen Burniston Designer Challenge -- the first one of 2020.  This month's challenge is getting ready for Valentine's Day -- the theme is "Hearts."  I had made a Christmas card using the Surprise Ball Pop-Up and some of the EZ Lights, so I thought I would give Valentine's Day a try.  I'm happy to say that, even with a little hiccup, it worked.  The cute little girl on the front is from Paper Nest Dolls.  See her heart-shaped lollipop? 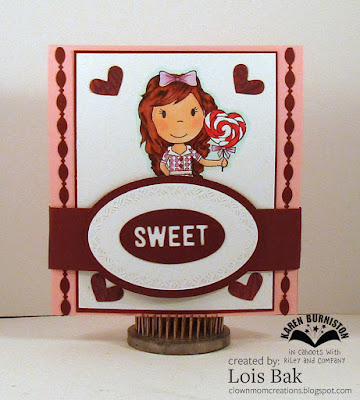 The hiccup occurred because, unlike some card makers who plan out their cards to the last detail before the first piece of cardstock is cut, I am of the "make it up as you go along" school.  I thought I would make an A2 size card -- not realizing that, when the ball is flat inside the card, it would extend beyond the sides of an A2 card.  After I had made my ball, including putting the EZ Lights on the inside, and mounted it on the card base, I realized my mistake.  Not wanting to start from scratch again, I cut the ball with the patterned paper layer off the base and mounted it to a wider card base.  Of course, then the "frame area" was wider than I would have liked; so I added the Border Blends down the side -- both inside and out. 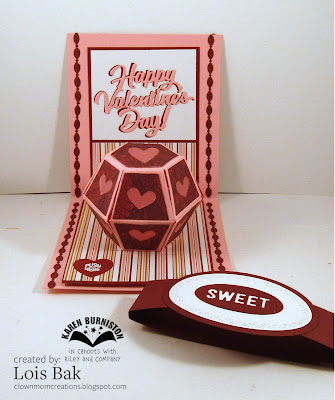 It almost looks like I planned it that way!  When you push the little heart, the lights show through the cut-out hearts. 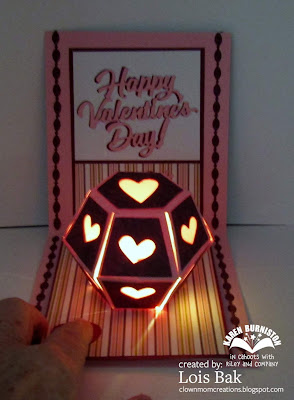 As many people have said in the past -- there is no such thing as a mistake in card-making, only an opportunity to create!  Here's a little video showing how the card works.


When you turn the lights out, here's how it looks.

Lois, this is fabulous. I know the recipient of this card is going to love it. Happy New Year.

How did you put a circuit inside the ball? I would love to try this?..thank you!