You can tell I love to make Halloween cards, and this new Karen Burniston release has given me ample opportunity to do so.  Again I am using the Character Add-ons 1, but I made a couple of slimline cards today.

I became a fan of teal pumpkins several years ago.  These were made using the pumpkin from Autumn Elements.  I also used the Happy Halloween sentiment and shadow. 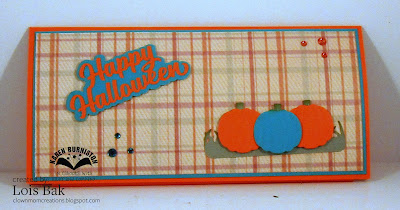 On the inside you'll find one orange jack-o-lantern and one teal jack-o-lantern.  I tried to use magnets to hold the card closed, but there was too much pressure from the pop-ups, so I cut a piece of orange cardstock to fold over from the front of the card to the back, attaching two velcro spots to hold it closed.  In order to camouflage the white velcro spots, I used an orange Copic marker to  color them.   I added a couple of bats from Halloween Scene and the Boo sentiment from Halloween Elements.

I made a second slimline card, this one just a bit different. 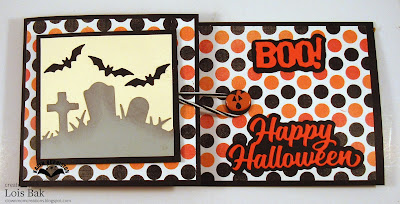 As you can see, the front panel covers just half of the inside.  There is one jack-o-lantern inside. 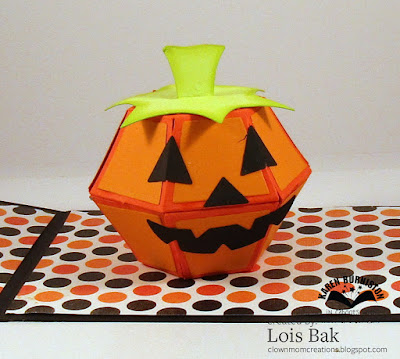 These new dies will be available on Monday.