I'm a big fan of the Harry Potter universe, having read all seven books (several times) and seen all eight movies (multiple times as well).  The latest addition to the  Potter world is the Fantastic Beasts series.  The second movie in this series is being released this week.  I have made a card to commemorate the occasion, using several stamp sets and the fun Karen Burniston Twist Panel die.

The front of the card was made with stamps from MFP Stamp Shop, which unfortunately is no longer in business.  The soda cup was made with a CottageCutz die, Pumpkin Pie and Latte. 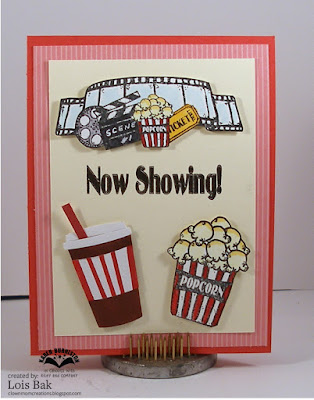 The inside shows some of the characters from the movie, mounted on the Karen Burniston Twist Panel.  The stamps are from a Kindred Stamps set called Catcher of Beasts. 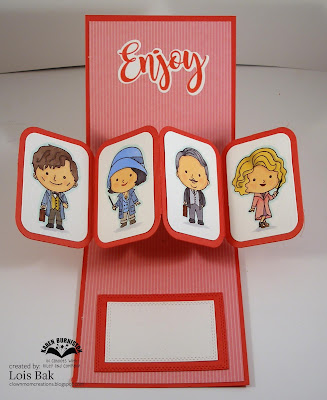 I am definitely looking forward to the movie!