Today's Technique Lovers Challenge over on Splitcoaststampers is a favorite of mine -- Triple Stamping.  I pulled out one of my butterfly stamps for this one.  I usually use a slightly smaller image for this particular technique, but I saw a card using this Stampin' Up butterfly the other day and decided to use it here. 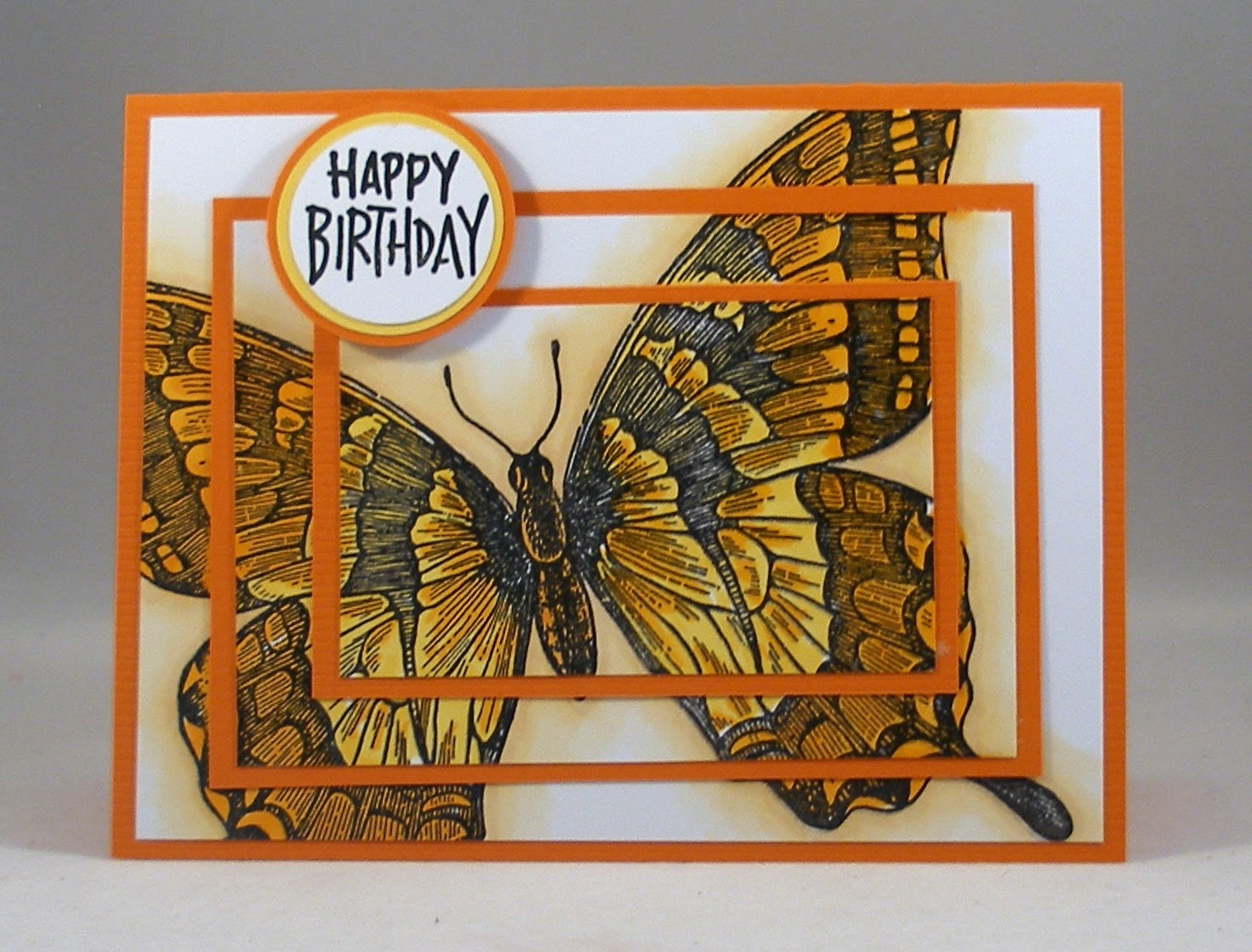 After stamping the butterfly over the three layers of white cardstock with Versafine Onxy Black ink, I clear embossed it and then colored it with three different Copic markers (Y06, YR09, YR27).  I added the shadow behind the butterfly using three other markers (E50, E51, E53).  Then I put the orange mat behind the two top layers and attached the whole panel to the card base, popping up the sentiment with a foam pop dot.

I also made a card for the Clean and Simple Challenge on Splitcoaststampers today.  That challenge was all about New Year's Resolutions.  I'm not a big resolutions maker/keeper, but I am going to try to do one thing -- when I put a card into My Favorites album on SCS, I should CASE it quickly.  I had seen this beautiful card made by Harriet Skelly on Saturday and popped it into My Favorites right away.    I even bought the same embossing folder she used later that day at Joann.  Here's my version of Harriet's card: 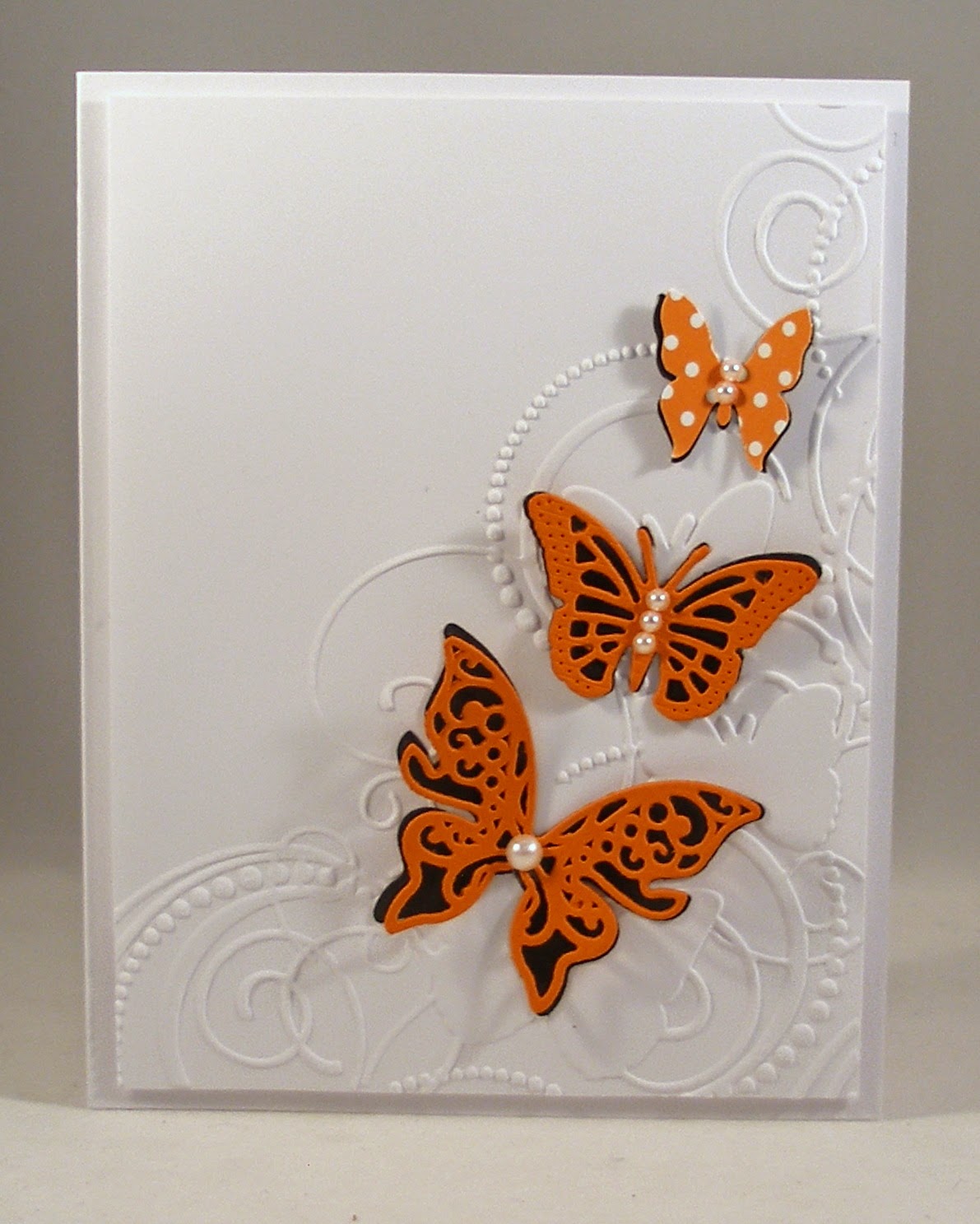 I recently bought a set of four Spellbinders butterflies call Les Papillions Two, called that because it actually makes just two butterflies because two of the dies are shadows which you place behind the more intricate one.  The larger butterfly on my card was made with that set.  The middle one actually was a bit harder to make.  I cut the orange one out first.  When I cut the black "shadow" one, I had to be careful when I took the cardstock out of the die because I didn't want to lose the little pieces.  Then I just put some Scotch tape behind the butterfly to keep the small pieces in place.  The top smallest butterfly was made with a punch.