Kathy's challenge this week over on the CCEE Stampers Blog was to make a card that reflects your very favorite movie or movie star.  My very favorite movie series (and books) is the Lord of the Rings series.  I've read all three books in the trilogy at least three times (not having discovered it until I was 60 years old in 2001 when the first movie was released).  And I can't count the number of times I have watched the movies.  In fact, my BFF and I went to an all-day Lord of the Rings Marathon at our local movie theater last year.  Even though my favorite character in the books/movies is Aragorn, the only stamp I had that would work for this challenge was a wizard, which we can pretend is Gandalf.  BTW, I have a framed photograph of Aragorn, Legolas, and Gandalf -- signed by Sir Ian McKellan!  My former boss brought it back from Comic-Con for me about six years ago.   Anyway, here's my card: 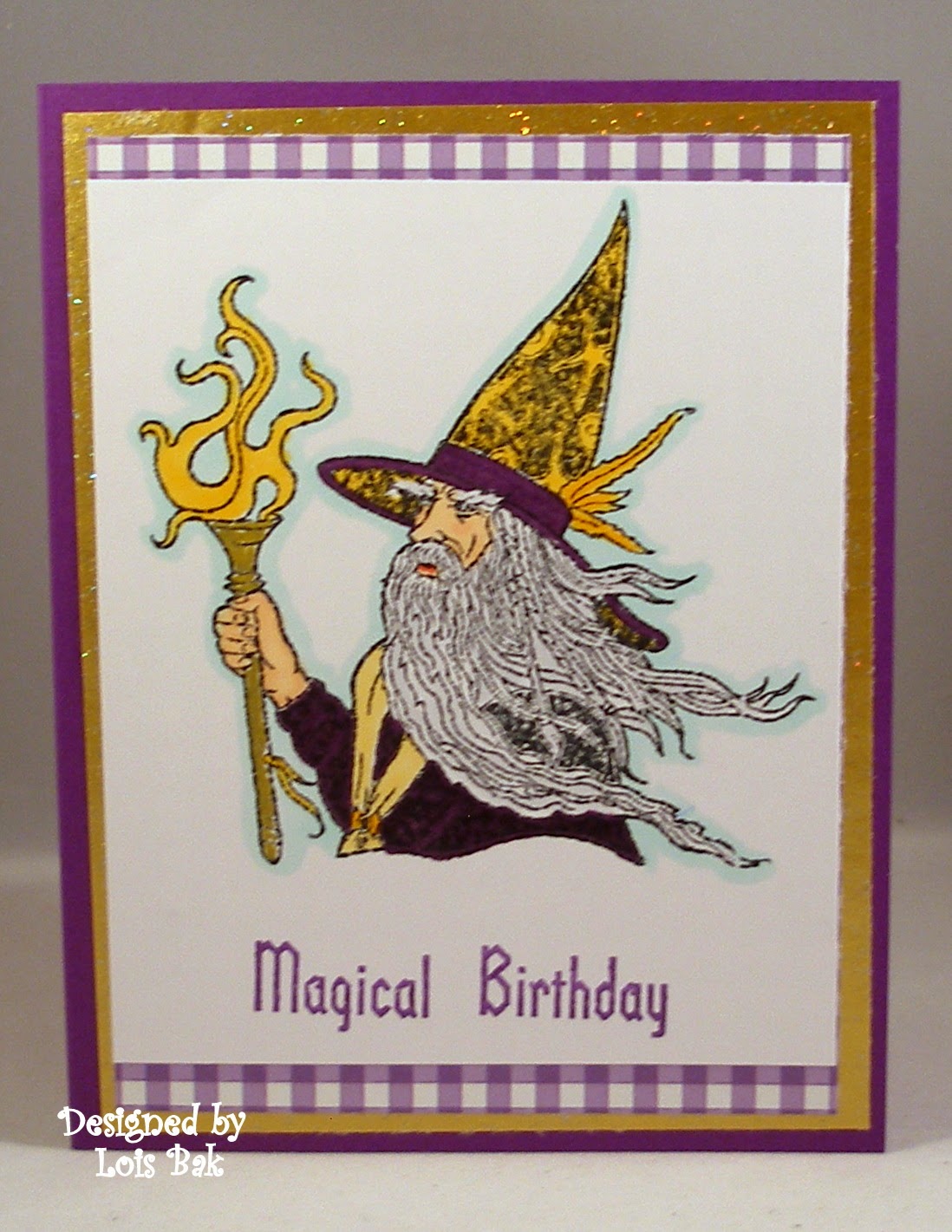 What's your favorite movie?  Would you like to make a card depicting it?  Then join us over on the CCEE Stampers Blog.
Posted by Lois at 12:01:00 AM

Oh, he certainly is a wizard!!! Great coloring on him, Lois!

What fun to have the signed picture, Lois!! The trilogy is wonderful, and the movies did such a great job bringing them to life! Your Gandalf card is really repressentative of your favorites!!!

well....you are a TRUE fan, I can tell...cool how you have an autograph and all.....your wizard was the perfect image for the challenge and your movie

I remember you telling us about your wonderful signed photo before! Great card for the challenge, Lois, your wizard is a perfect stand-in for Gandalf. It's a bit like the illustration on my older copy of The Hobbit. I absolutely love the books, but I have to admit I wasn't so keen on the first film which is the only one I saw. I first read the books when I was 13, and still re-read them from time to time.

Okay, I confess I have not watched these movies from beginning to end, but they have been played many times in our home, because it's a favorite of my husband's in fact I purchased him the DVD's for him one Christmas. You have me wanting to get out the DVD and finally sit down and watch them...