It's time again to show some sneak peeks from Karen Burniston.  Starting today you'll be seeing cards made by the design team using seven new dies -- and they are so much fun.  The die I'm using today is the one that grabbed my interest first.

As a fan of Harry Potter, I knew those characters would wind up on one of these pop-ups eventually. As you can see, I have closed my card using another of the new dies -- Flap and Closure. 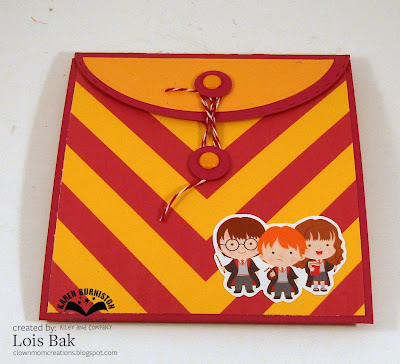 When you untie the flap and open the card, this is what happens. 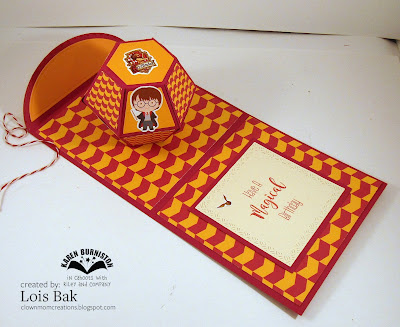 There is a taut rubber band inside the ball, which when the card is opened, returns to its normal size -- thus causing the ball to pop up.  So fun!

The images are stickers from Kindred Stamps and just the right size for those sections of the ball. 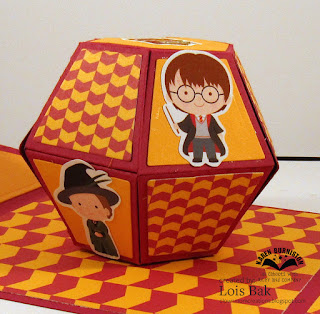 To give you an idea of how this works, I created a short video.


I have made a bunch of cards using this particular die, so you will be seeing lots more in the near future.
Posted by Lois at 12:01:00 AM